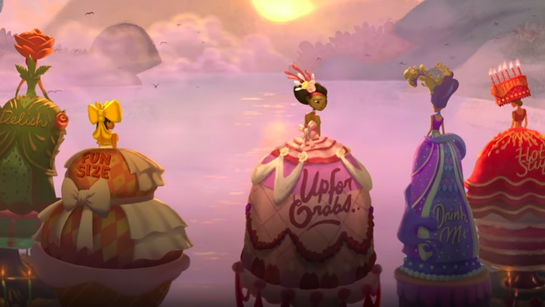 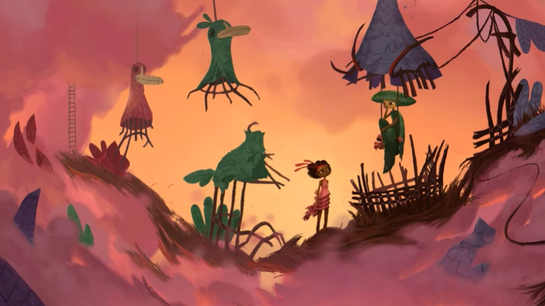 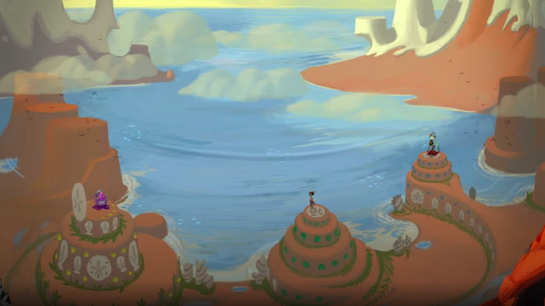 The Maiden Feast is an at least 300-year-old ceremony celebrated to appease monsters like Mog Chothra and stop them from destroying their town. Those who best represent the village are often chosen as sacrifices. It is an honor to be chosen as a sacrifice, and many of those chosen dress in alluring formal wear to gain the monster's attention.

There are five chosen sacrifices for the Maiden Feast in Sugar Bunting, including Vella. The four other females are adorned in colorful cake dresses and attempt to gain the monster's attention through their looks or held items.

Vella attempts to escape the Maiden feast by trading various items with the other sacrifices to lead to her escape. In the process, all four of the other maidens are eaten. Vella cuts herself free from her dress and flies away on a bird.

Levina says that Maiden Feasts happen in other towns. Meriloft's happened the day before Sugar Bunting's Maiden Feast. The maidens of Meriloft adorn themselves in amazing featherwork dresses, use perfume that smells of birdseed, and pose as birds in cages. Mog Chothra took two of the three maidens, leaving one behind, Twyla.

In Shellmound, maidens dress as sea creatures using fishing hooks and special perfumes that smell like fish. Mog Chothra takes both of the Shellmound maidens and tries to take Vella, who has come to fight it.

The Maiden Feast is revealed as a lie when Mog Chothra does not attack Sugar Bunting after Vella escapes. In actuality, the Thrush, such as Levina, created the Maiden Feast to convince villages to sacrifice maidens so the Thrush can use them to repopulate Loruna. There are no more Maiden Feasts after the Thrush are taken down.